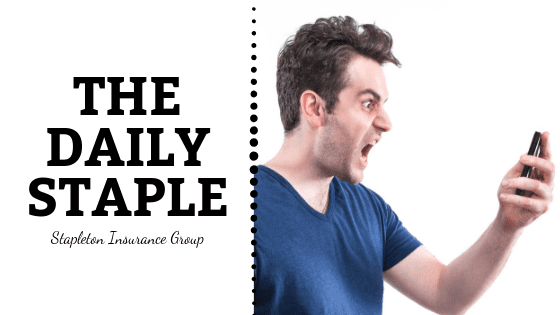 For the love of all things good please, stop the random numbers from calling! How often do you receive calls from various different numbers, some local and some not? Probably at least once a day, right? Do you ever answer them? Are they trying to sell you medical grade braces or maybe it’s a cruise? As if telemarketers weren’t bad enough when land lines were so popular now it has turned into Robocalls & Spoofing! No worries… the Federal Communication Commission is working on getting it under control soon!

According to the Federal Communications Commission:

“The FCC is working to, as Chairman Pai says, “stop the scourge of illegal robocalls.” He has made combating unlawful robocalls and malicious caller ID spoofing his top consumer protection priority. By proposing and implementing effective policy initiatives and pursuing targeted enforcement actions, the FCC has been taking a bold stand to protect and empower consumers.”

“Unwanted calls are far and away the biggest consumer complaint to the FCC with over 200,000 complaints each year—around 60 percent of all the complaints we receive. Some private analyses estimate that U.S. consumers received approximately 2.4 billion robocalls per month in 2016. Unfortunately, advancements in technology make it cheap and easy to make robocalls and to “spoof” caller ID information to hide a caller’s true identity.

Chairman Pai and other FCC staff get these calls too. He told NPR’s Planet Money recently: “So every now and then, even on my work Blackberry, I’ll see a call that seems to be coming . . . from the 202 area code, which is here in Washington—and then our prefix for these Blackberries. And I know for a fact that, you know, it’s probably not someone calling from the office. Sometimes, I answer just for the heck of it. And it’s—lo and behold, I’ve won a vacation… .”

While the FCC is working to get the number of Robocalls under control, you still need to be aware of scammers. These Robocalls could cost the person on the receiving end a great deal if they are not careful! We talk about Cyber Crime quite a bit here in the insurance industry because we can provide protection with Cyber Liability, but there is nothing available to protect you from Robocalling Scammers. Moral of the story is to stick to the mantra of “if it sounds too good to be true, it probably is.” Don’t answer the call if you don’t recognize the number, let it go to voicemail. You can try blocking the number but chances are they will find another number similar but with one digit off to use. If you do answer, just simply ask that they take you off their call list and make note of it, because if they don’t then you can contact the Federal Trade Commission to file a complaint against them and they could be fined.

The calls are annoying, we couldn’t agree more, but it is easier to ignore it than to deal with the headache of a scammer that just stole your money or your identity!